Have you noticed it‘s a lot harder to get people’s attention?

The ways we used to do it just don’t work the same, and now we’ve got all these new social and digital channels that we have to understand and navigate. Our organizations aren’t ready to drop their traditional mediums, but we’re expected to still manage them while also being experts on “influencer marketing”, the “Facebook algorithm” or speak intelligently on the difference between Instagram Stories and Snapchat. Only to have it all change overnight. Does that ever feel overwhelming to you?

WELCOME TO THE CLUB.

HONEST CONFERENCE is a half-day session of open, honest conversations from people just like you: they don’t have everything in this new world figured out, but they’ve managed to keep pushing the envelope and do some pretty special things in it. We’re asking them about their marketing successes and failures, with the hope that they can encourage you and give you some practical takeaways to improve your next project.

The stars of the show!

As a graduate from the Paul J. Hill School of Business at the University of Regina, Kelsey has her degree in Marketing with a Certificate in Economics. She has worked in the non-profit sector for the last 7 years in Regina, starting at Habitat for Humanity and now at Hope’s Home.

In her role at Hope’s Home, she is responsible for managing internal and external communications strategies and marketing strategies, as well as implementing a strategic plan for raising vitals funds for the organization, including attending and planning a variety of fundraisers throughout the province.

In recent years, she has grown the Swinging with the Stars event to be the largest fundraiser in Regina, selling out at over 1000 attendees, and raising over $280,000 in 2018. Kelsey is very passionate about her community as well as communities around the world. She is a team leader with the Habitat Global Village program, which allows groups to build houses for low income families in many countries.

Kelsey has lead 7 teams to El Salvador over the years to spread this mission that she is very passionate about. 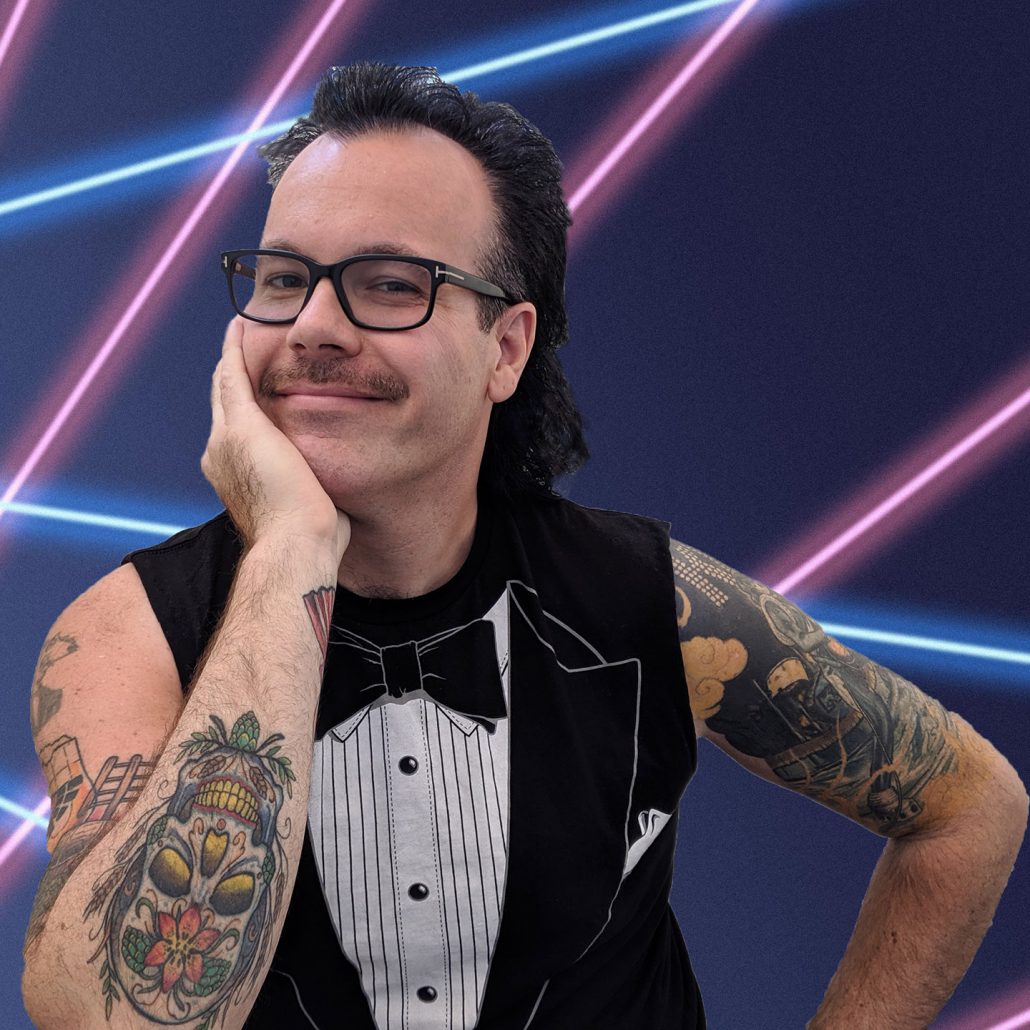 Six years ago, Mark Heise was working for the province in a 9-5 grind, riding a desk in a cubicle with grey textile walls and cold, fluorescent lights. It was a suit and tie kind of gig, but Mark didn’t feel like wearing a suit, or a tie. He walked a different path and refused to conform to the dry, inoffensive norms of an office space everyone else accepted without question or complaint.

He spent his weekends brewing beer at home, listening to punk rock and he asked himself “Is this it? Is this all there is?”

The dream of launching a brewery represented a huge risk, but Mark and the other founders were tired of the status quo. They wanted to flip the table on boring, macro beers and change everything – and that meant they had to be rebels.

Since it opened, Rebellion has grown to become the largest craft brewery in Saskatchewan. It’s on taps and shelves in more than 200 locations across the province, winning international beer awards, and having earned a well-deserved reputation for a brash, take-no-prisoner’s attitude.

Today, Rebellion has become more than what Mark and the founders imagined. It’s more than “just beer,” it’s a movement that supports local farmers and producers, artists and musicians – we’ve become a family, building a community of like-minded people who weren’t willing to accept the status quo; and it all started with a guy who refuses to wear a tie. 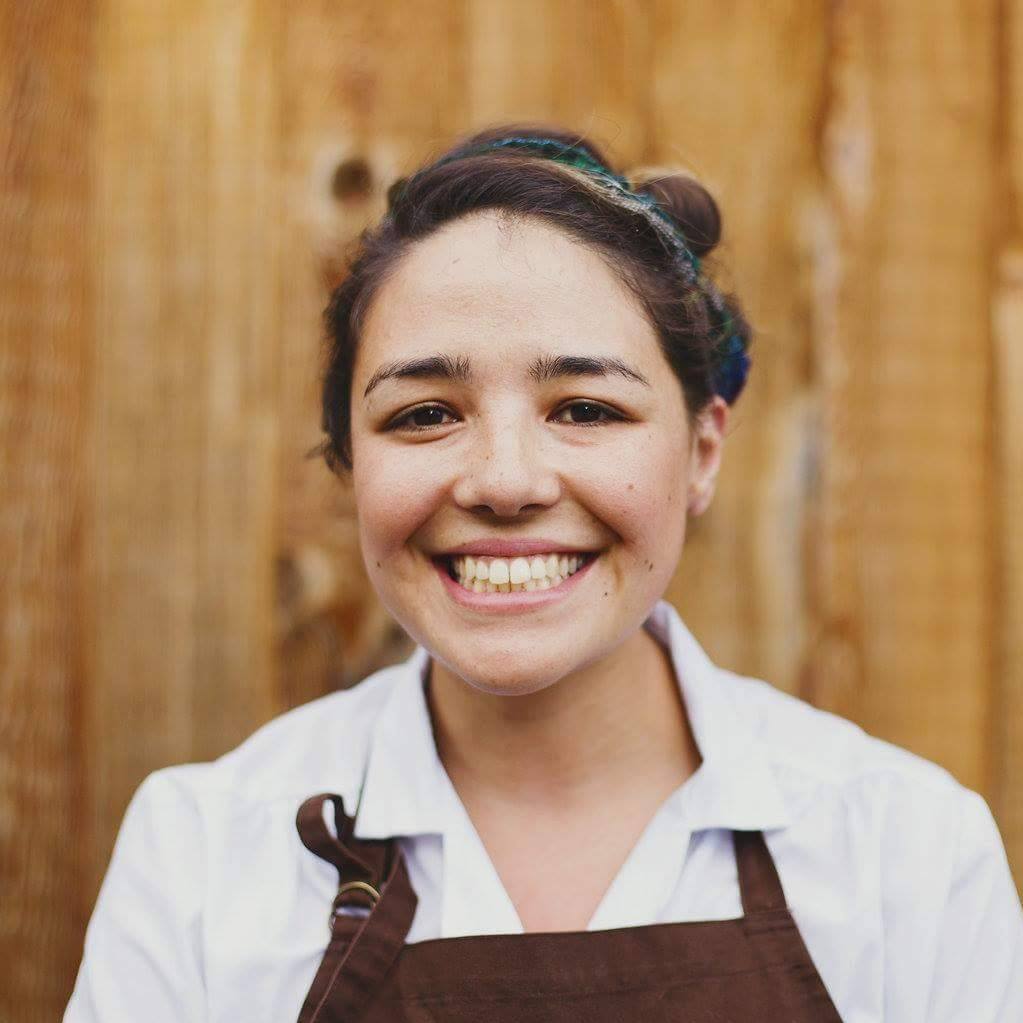 Mariana hails from Tijuana, Mexico where she attended “Culinary Art School” until 2010. That year she came to Regina for the first time following her dreams of traveling the world, teaching and sharing food in the specific medium of healing and nourishing cuisine. Mariana believes in paving ways for a new restaurant industry where equality and selfcare are at the forefront for service professionals.

Locally, she has been a part of Le Macaron, Crave Kitchen & Bar, Schoolhaus Culinary Arts, 641 Grill, Rainbow Youth Center and Homestead Bar a Vin and of course The Backyard while simultaneously running her very own Malinche Food Truck since 2017. This summer, she partnered up with Pile O’Bones Brewery to open a taproom where Malinche has a permanent location.

Joining her global background with a passion for organic food and her strong relationships with local producers, Chef Mariana centres the flavours of modern Mexican cuisine in the landscape of the Canadian prairie. 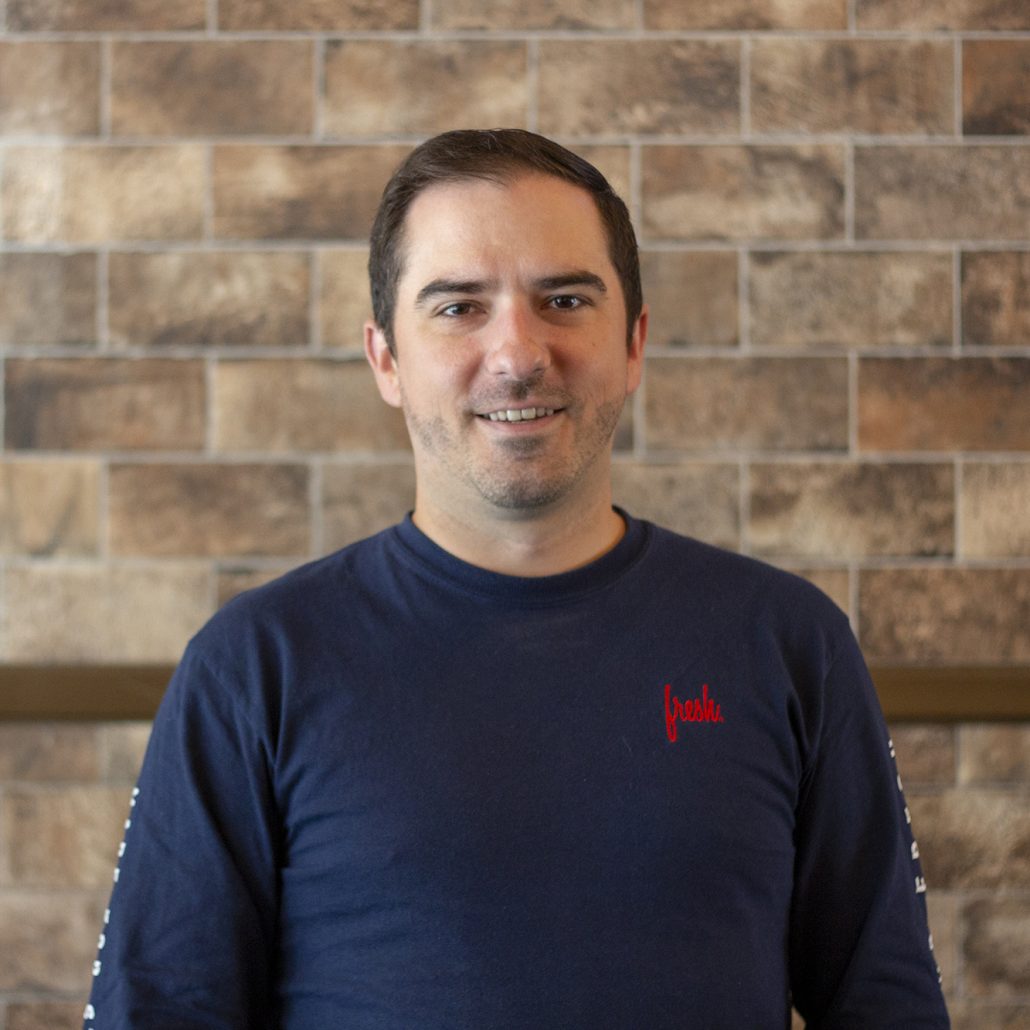 Timothy Martin was born in Regina, SK. At an early age he knew that school wasn’t for him and decided to focus on entrepreneurship and self education. So instead of going to university after high school he decided to go backpacking in Central America for 6 months. When he returned, he bought his first residential rental property at the age of 20. For the next three years Tim worked in the restaurant industry while managing his rental property. During this time, he met other inspiring entrepreneurs that mentored him and contributed to fuel his passion for entrepreneurship.

He spent many hours driving around Regina, identifying opportunities and strategizing plans for developing businesses in Regina’s downtown. At the age of 23 Tim bought his first business in downtown Regina, operating two store fronts. He went on to strategize, develop and implement plans for three other businesses downtown.

Tim and his businesses were integral in revitalizing downtown Regina and his hard work was recognized in 2010 with a Paragon Award for Young Entrepreneurs. After 13 years of owning and operating businesses in the restaurant industry, Tim decided it was time to sell the last of his businesses in order to focus on developing a plan, with the goal of impacting another industry. 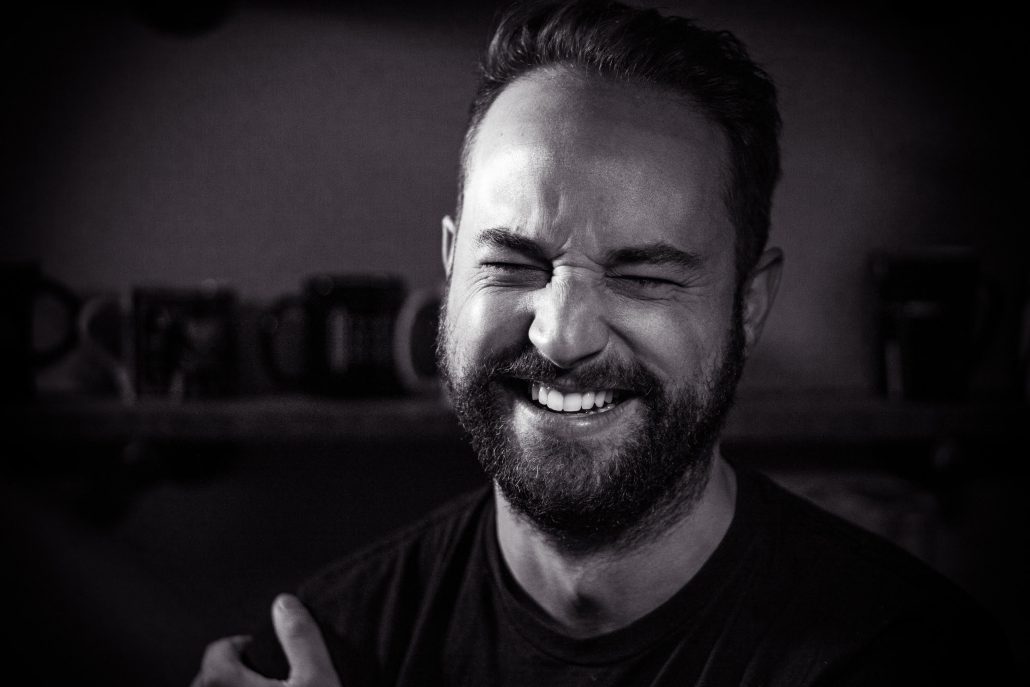 This is the section I tell you all about how amazing I am. How I explain that my entire conscious life has been committed to finding themes and trends in the tech, marketing, and business world and finding ways to take advantage of that. Or how I’ve consulted executives at every level on their marketing; from local non-profits to multi-billion dollar international firms. But I won’t.

What I will tell you about myself is that I care deeply about building trust with those around me; whether that’s a coworker, a client, or a long time friend. And the best way to build trust, is to provide value, and that’s what I’m committed to doing.

My name is Greg, and I’m confident that the best is yet to come. 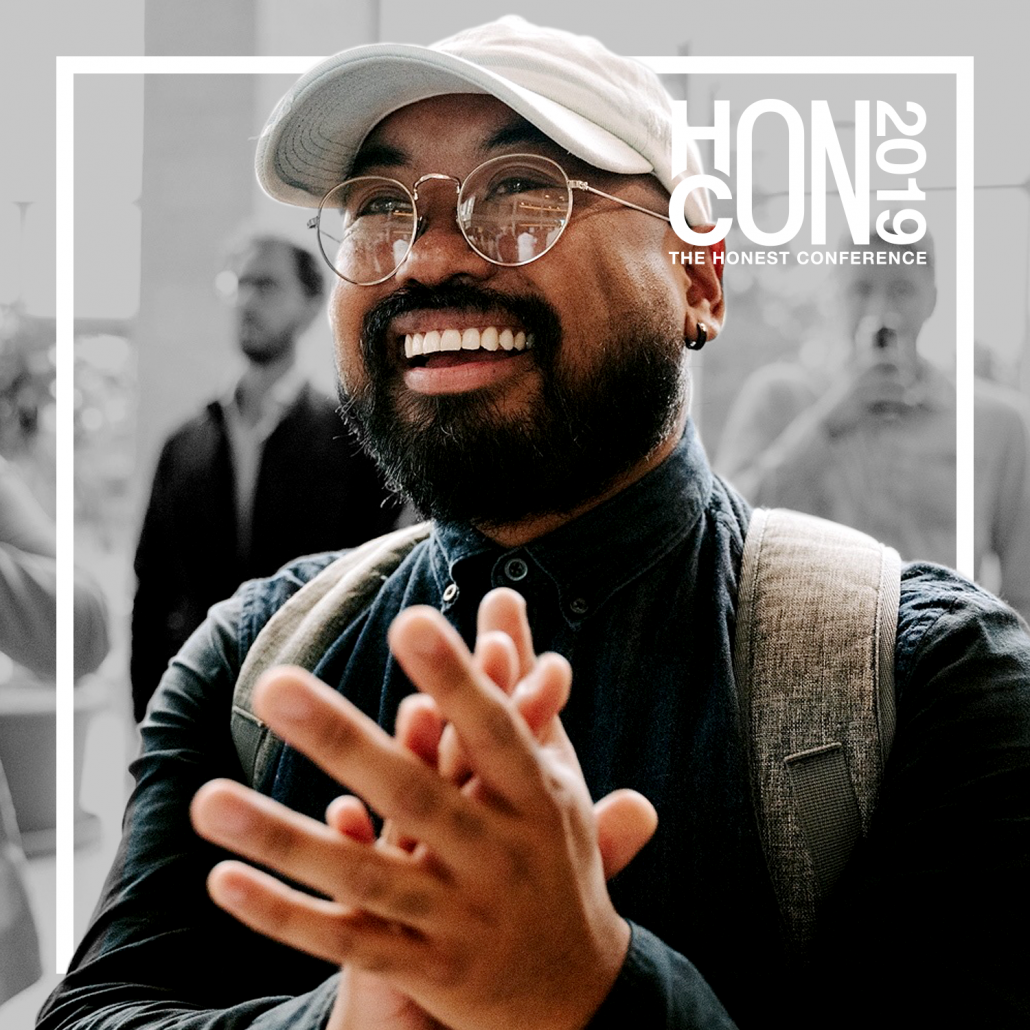 EDDY ALVARO (your MC for HONCON)

I have never been one to go with the crowd – if everyone went left, I’d run to the right. For as long as I can remember, being different and standing out have been important to me. Through graphic design and other creative outlets; photography, filmography, etc., I can express my individuality while still producing eye-catching products – it also helps when you love what you do. I have a personal challenge of making at least one person smile each day. And when I put my art into our clients’ products I try even harder to get that smile. As I grow, both as a designer and as a person, being passionate about something and remembering to be human first are what matter to me the most. Other passions of mine are creative expression, dancing, and of course, pizza.

HONEST CONFERENCE is all about real-world discussions that will help you make better decisions about where to invest your time and resources.

HONEST CONFERENCE will take place on October 24th, from 8:00AM-12:00PM at the Cultural Exchange in Regina, Saskatchewan.

There are 198 seats available. Tickets are $50 per person. Breakfast, Coffee, and Snacks included.

If you were there, thank you, thank you, thank you! #Honcon2017 was an emotional rollercoaster! Justin Reves & Greg Moore you are wonderful humans. To our presenters, you stole the show! To Recharge Cafe you were delicious! For the after party, thanks Crave Kitchen + Wine Bar. To the Saskatchewan Professional Marketing Association thanks for being a part of something special in our community.